The London-based photographer Nick Turpin explains in this exclusive interview the reasons that have led him to leave the collective In-Public, his opinion on the controversy arising around the choice of the photo of Blake Andrews as «Photo of the month» and talks about the new projects in which he is already involved.

I created In-Public in January 2000 to promote and celebrate a certain specific approach to image making, whether you call it street photography or candid public photography, it was using basic equipment to document the extraordinary things that happen in the everyday. Photographs that were about observation and relied on the unusual vision of the photographer rather than any technical approach.

I invited like-minded photographers to exhibit a folio of their observations on the site alongside my own and quickly we gained a huge online audience for this kind of work. Over 18 years the group grew to 25 photographers and gained a reputation for being the place to go to see some of the best street photography being made.

During this time street photography has become hugely popular, probably the single biggest movement in the 170 year history of the medium and there is of course an awful lot of bad, clichéd and derivative work being made. Despite that, the best street photographs I see are still some of the best photography around at all. It continues to inspire and surprise me.

In September Blake Andrews posted an image made with the iPhone camera app as a possible Picture of the Month, 14 of our 25 members voted and 5 voted for his image which turned out to be enough for it to win. I was away for my son’s birthday during the vote and didn’t take part. After the vote David Gibson asked how the picture was made, why it was distorted, why one person had six hands etc. Then Richard Bram who had voted for it admitted he thought it was shot through glass, he didn’t realise it was created with an app and was in fact a computational image.

I suggested that this was not what in-public was about or even what street photography was about, and while I am keen on experimenting and expanding street photography (I just ran a three day symposium in London exploring the borders of street photography) I felt that computational imagery where an algorithm written by Apple engineers invents reality, represented a new direction for the whole in-public group and should be discussed by the whole group.

While we were discussing this, the image was posted on the front page of the site which for me signalled the end of any discussion. I suspended the site so we could have time to try and find a resolution and agree on some guidelines for the future with regard to digitally manipulated imagery. After a week it became clear that about a third of the members were against Blake’s image but weren’t prepared to stand up and say so publicly, only myself and Nils Jorgensen (significantly the only two members with professional backgrounds in news and journalism) stood up for un manipulated documentary street photography.

I didn’t want my work associated with computer generated imagery as it casts doubt on the veracity of my images and my working method which is important to me, so I removed myself from the site and Nils Jorgensen asked me to remove his folio for the same reasons.

I believe that how a picture is made influences it’s meaning and significance, the classic example of this is Robert Capa’s 1936 photograph ‘Loyalist Militiaman at the Moment of Death’ which was once considered a documentary photograph but is now likely to have been staged for the camera. I see street photography as part of the documentary tradition in photography and as such it should be held to the same standards as used by organisations like the World Press Photo award.

“Street photography has become hugely popular, probably the single biggest movement in the 170 year history of the medium.”

There has been a vivid debate in social networks about the picture chosen as “Best of the month” in iN-PUBLiC website. Is there a place for discussion about what street photography is or is it just that people in general do not have a clear understanding of what kind of image can be considered as street photography?

“I didn’t want my work associated with computer generated imagery as it casts doubt on the veracity of my images and my working method which is important to me, so I removed myself from the site.”

Should limits of street photography be broadened now that technology allows new ways to take images or its limits are clear and authenticity of the image should be the most important?

My personal opinion is that technology is going to increasingly offer us all sorts of crazy possibilities and photographers are going to be tempted to see them as a way of making their pictures look different, or stand out. The new Apple iPhone Xs allows you to take a photo and then, afterwards, dial in the depth of field you want. But this is computer generated bokeh, it has nothing to do with the qualities of the iPhones lens. An algorithm written by developers at Apple generates that blur.  When you alter the content of the scene like this or like Blake Andrews did with his controversial image, your intent is no longer to create a document of a real scene or happening. So want are you left with? A pretty picture that has lost its meaning and significance. You could call it art or conceptual photography perhaps but you have left the documentary tradition in photography.

The Danish photographer Peter Funch came to notoriety with ‘Babel Tales’, a series of street images that were composited from a large number of frames. When later he produced a new project “42nd and Vanderbilt” that were straight observations, viewers did not know what they were looking at, it was assumed that these were also composite images.

“When you alter the content of the scene, your intent is no longer to create a document of a real scene or happening”

If one of the aims of the street photography is to document a place and a time as close as possible as a human eye sees, would be allowed the use of big zooms or long exposures when making photographs?

For me Street Photography is a documentary practice, the photographers intent is to make an image that has a strong relationship to an actual scene, that’s why we are awed when we look at a crazy street image, we know that it actually occurred in a way similar to that depicted.

We all know that the photograph is a new object shown out of the context in which it was made but we also all accept that photographs can represent people and scenes fairly faithfully, that’s how we use photographs in daily practice. I am only against practices in street photography that shift the photographers intent away from creating a faithful record. I don’t see the use of a long lens or long exposure as incompatible with the creation of a faithful record of a scene but adding artificial light, compositing the scene from a number of frames, posing the scene in advance are not the practices of someone intending to make an accurate observation.

I talk a lot about intent because it’s important before you pick up a camera to know what you want to do with it, why are you making pictures at all? If you just want to elicit an emotional response from the viewer then you can take any approach you like, if you want to make a candid document and present it as such then you need to be more considerate. When Blake Andrews swiped his iPhone camera to panoramic mode and tried to make a still image with it instead of a panorama, he knew what he was doing, his intent was to distort reality, create people with six hands or no body.

Is your decision of leaving iN-PUBLiC collective definitive or could it be a way of coming back?

In-Public was my idea and creation, I own the domain, built the current site and paid the server fees. I had to decide whether to protect its legacy by archiving the site or allow the remaining 23 members to continue to develop it, possibly away from what I considered to be street photography. After some thought I felt that it had done what I had wanted it to do, probably in its first 10 years, it owed me nothing so I would hand it on which is what has happened and I wish them well with it. I am surprised and disappointed that photographers like Matt Stuart, Richard Bram, David Gibson and Jesse Marlow no longer valued the ethos with which in-public was first established but that is their decision.

“I see street photography as part of the documentary tradition in photography and as such it should be held to the same standards as used by organisations like the World Press Photo award.”

You give workshops and conferences all over the world as part of your professional activity. Do you find big differences in the street photography in the different countries you visited according to their culture?

The street photography community internationally is extremely well connected online, most people regardless of their location are aware of what is being shot by their peers around the world.  So although the streets and people may change, the strategies and approaches employed are often fairly similar. I do see certain styles of photography emerge in countries where the light is strong, for example a lot of Australian photographers have adopted a high contrast, deep shadow aesthetic that is much less common in Northern Europe.

Could you talk a bit about the new project “Street Photo Library” you are involved? Which is the main purpose of it?

I sell quite a lot of street images for editorial use and I think because a lot of street photographers are not professionals they have a lot of fantastic images sitting on their hard drives and photo sharing sites that could be earning them an income and supporting their picture making. My aim with the Street Photo Library is to bring all that wonderfully engaging imagery together in one place and make it available to purchase by picture editors and researchers around the world. There is a fixed pricing scale that aims to be competitive for buyers but also fair to the image makers. The library takes just 25% of the fees, the lowest commission rate in the industry as far as I know. We are currently building the library up which takes some time, before promoting it to publishers and image buyers. 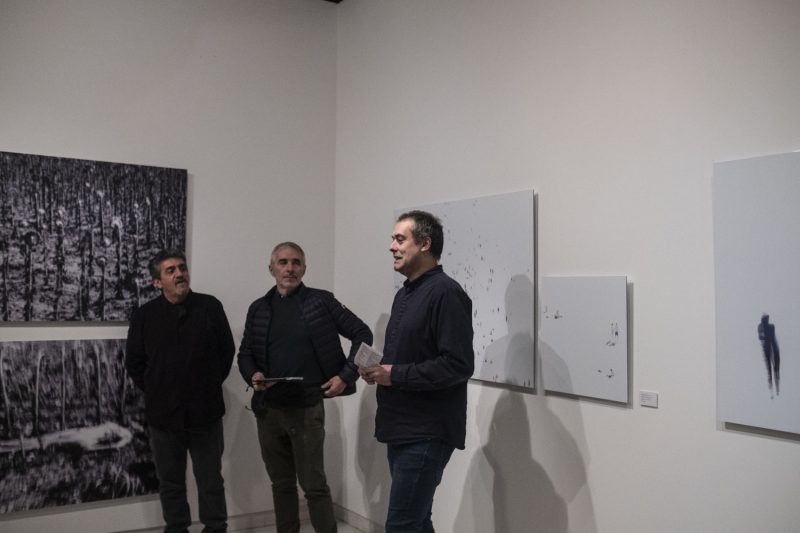 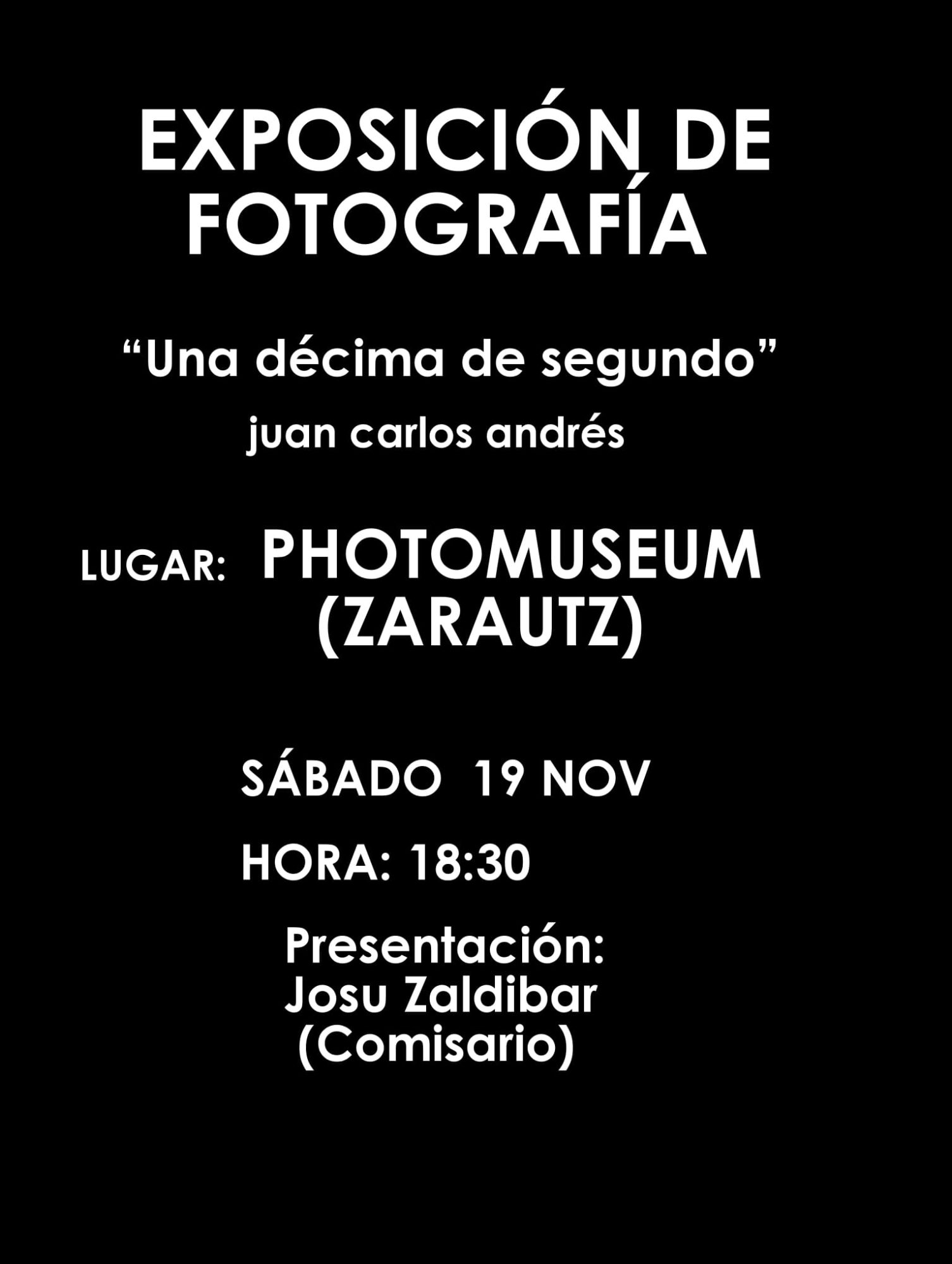 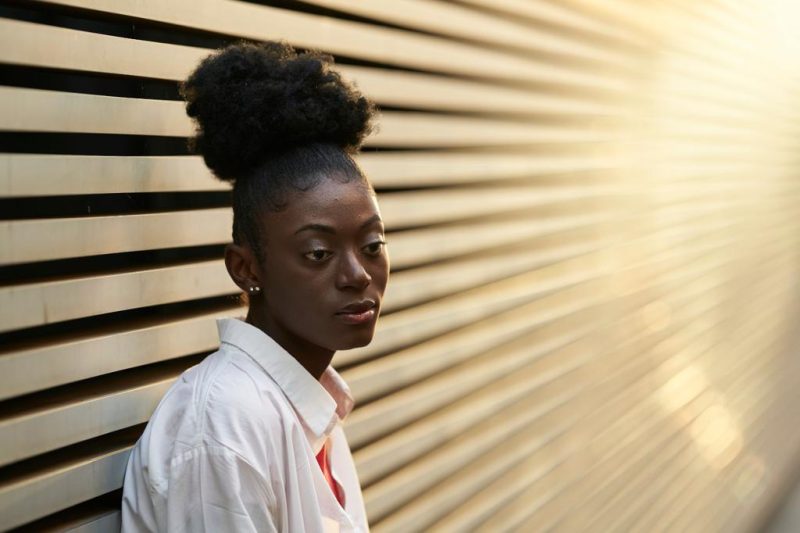